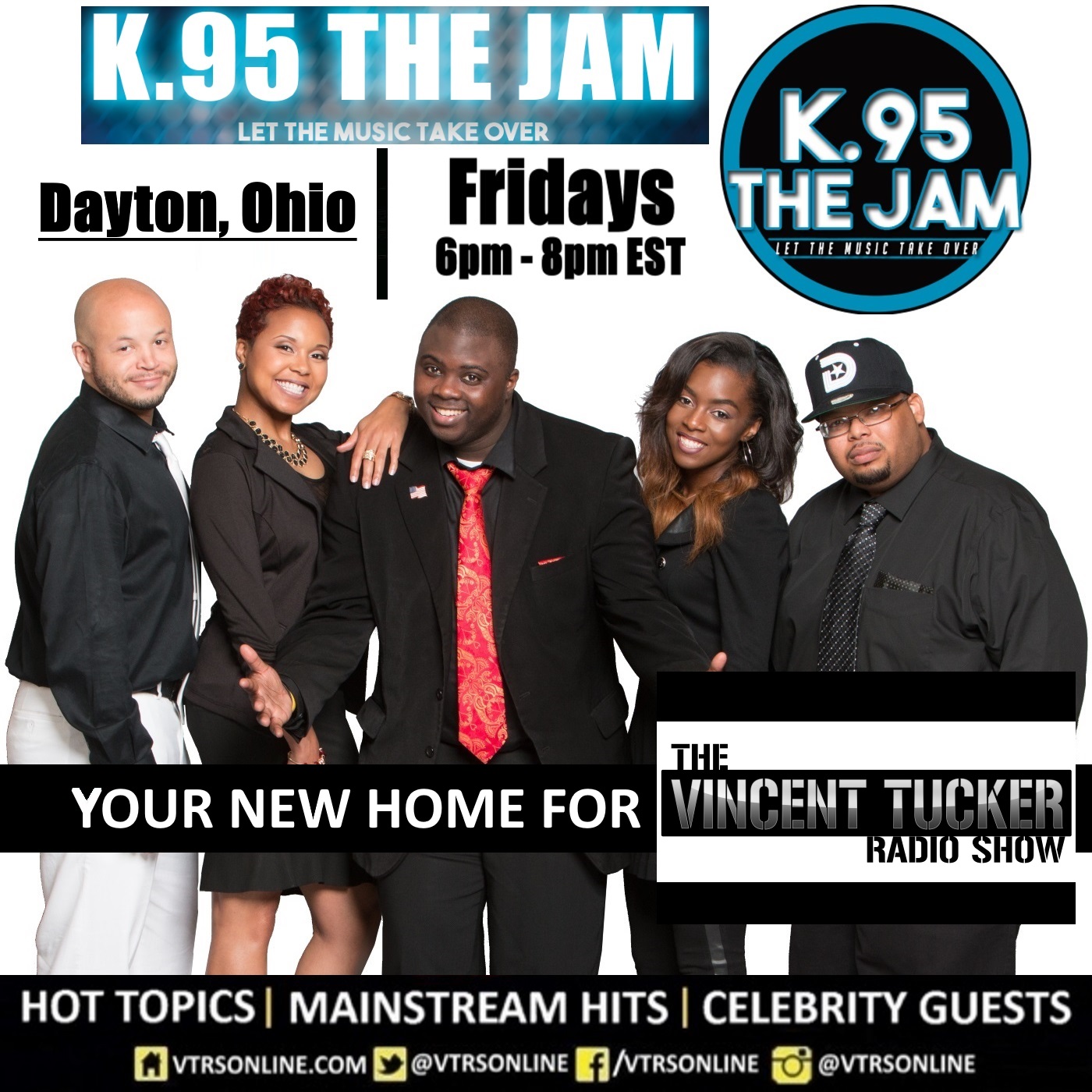 K.95 The Jam announced today the debut of The Vincent Tucker Radio Show, effective May 18, 2018 on their Dayton, Ohio-based station. The critically-acclaimed program will broadcast weekly on Fridays from 6 – 8 p.m. ET.

“Special thanks to K.95 The Jam for adding our program to their station line-up,” stated Tucker. “We are excited to expose their listeners to the Good Guys!”

“I was looking to find content for the station, came about the show and I really enjoyed it.,” stated Javon Pippins, Program and Music Director for K.95 The Jam. ” I think the show is amazing and our listeners will as well.”

Touting a very heartwarming and inspirational real-life story, Vincent “Heartbreak” Tucker — “The Next American Feel Good Story in the Making” — is a unique role model for at-risk youth everywhere. He survived a deadly house fire that claimed the lives of three (his grandparents & 7-year-old sister), the premature deaths of childhood friends, his parents’ drug abuse which lead to them abandoning him at the age of thirteen, and also other trials and tribulations. Determined not to fall into the traps of his surroundings,Vincent used the “heartbreaking” experiences of his life to fuel his rise to the top of the music & entertainment industry.

He is the founder of CWC Entertainment Group L.L.C., entertainment editor for DallasBlack.com and member of the board for The North Texas Fresh, a semi-professional men’s basketball organization in the Universal Basketball League. Tucker is also the creator and founder of Register to Speak Out!™, a nonpartisan voter registration initiative, and Marketing Director for My Brother’s Keeper Dallas: Feed The Homeless Drive.In 2014, Vincent became a brand influencer for Stock Private Vodka & Footaction USA.
Launched in December 2007, “The Vincent Tucker Radio Show” airs LIVE every weekend on fbrn.us – the flagship station of the program, and Vincent “Heartbreak” Tucker serves as both the host & executive producer of the syndicated broadcast. The award-winning & critically-acclaimed broadcast has been endorsed by executives at Clear Channel Satellite and CBS Radio Group and continues to be a hit among the 18 to 34 urban contemporary demographic. Visit IAmHeartbreak.com for more company information.